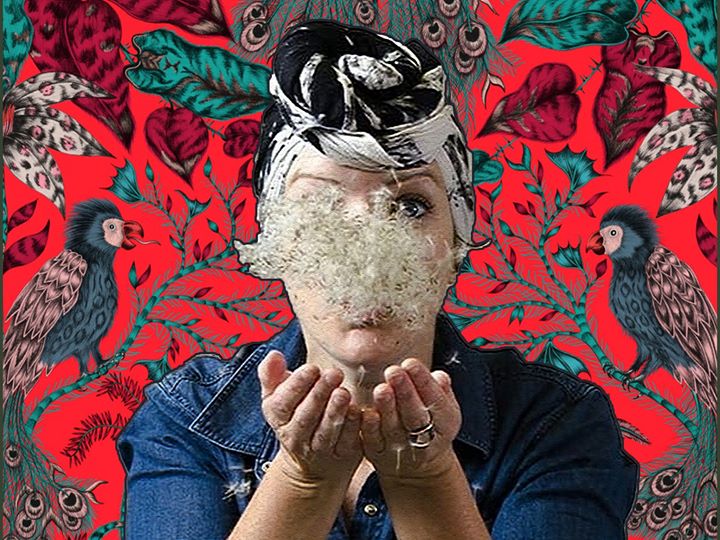 ﻿Irish songwriter Emma Lohan grew up in a small village on the edge of the Atlantic Ocean. She currently divides her time between Galway, London and the Balearic Islands where she creates dreamy melodic folk pop reminiscent of Karen Dalton, Oumou Sangaré and Joanna Newsom.

Lohan is signed to 411 Music Group and has been played on Irish national radio station RTE Radio 1, Hoxton Radio, Resonance FM and the Indie and More playlist. She released her debut album Black Atlantic in 2018.﻿﻿

Classically trained as a child, Emma broadened her musical horizons by hitchhiking across West Africa to study polyrhythms and community music. She completed a masters in Community Music in 2010 and afterwards began writing and touring under the moniker of Rivers and Crows.

She moved to London in 2015 and started working with the Manawax Studios crew and BBC3 dub producer Nick Manasseh. Together they produced The 8th, a protest song about women’s rights in Ireland which began a two year creative journey culminating in the release of her debut album Black Atlantic in October 2018.﻿﻿﻿

Black Atlantic is an immersive and beautifully crafted exploration of childhood isolation and loneliness influenced by the sounds and rhythms of the Atlantic coasts of Ireland, West Africa and South America. Set to a lush backdrop of folk and ethno-pop, Lohan’s casual vocal delivery floats airily over nine songs full of rich imagery, subtle emotions and moving moments.

Produced in Manawax Studios in East London, and mastered by the pioneering UK dub producer/selector Nick Manasseh, Black Atlantic is available to buy or stream from Bandcamp, iTunes, Google Play and Roughtrade Records.

Having spent five years in the acclaimed experimental folk act Twin Headed Wolf (praised as “Glastonbury’s most special festival find” by Spectator Magazine) Branwen has just released her first solo Album. First in New Orleans in April and in Ireland in May 2019.

As an award nominated performance artist, (RDS Graduate Award 2017) sculptor, puppeteer, writer of surreal visual plays and a lively adventurer she gathers many of these strands together in her live performances.

Branwen is currently performing with a pair of wonderful musicians, renowned Bass Clarinetist Deirdre O Leary and the wonderful strings of Nicholas Cooper. The live show involves an array of unmusical objects employed as instruments, as well as actual instruments including loop pedals, banjo, guitar and harmonium. Expect a to see show woven with storytelling, poetry, occasional puppetry, an intricate knowledge of folklore and a dash of the surreal.

She has performed widely across Europe in Norway, Holland, France, Germany, Ireland and the UK. She has supported acts such as Amiina and Ronan O Snodaigh, played festivals including Another Love Story and Arcadian Fields and has great plans in the works for the coming months.