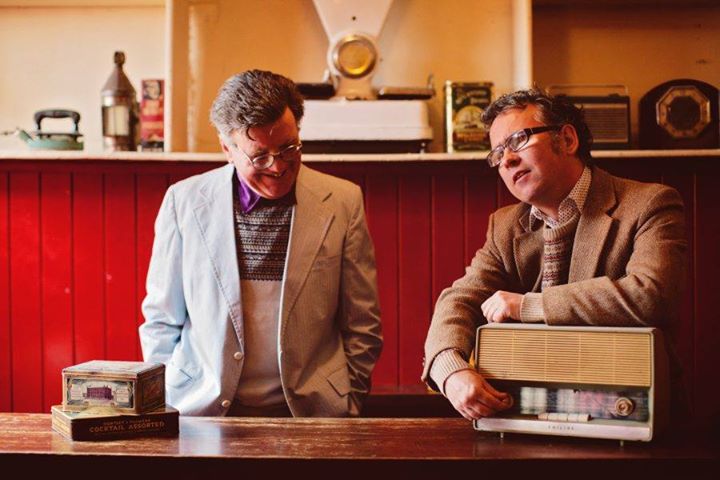 “Two towering figures in Galway music, and two of the county’s greatest and most popular singer-songwriters” – The Galway Advertiser

Padraig Stevens was born in Sligo, Ireland in Novermber 1946. He has been involved in music-making all his life both as a performer and a songwriter. Padraig lives in Tuam.

His songs have been recorded and performed by Matt Keane, Eleanor Shanley, The Cabin Collective, Strange Boats, Ann Kirrane, Mike Denver and MIchael English but most notably by The Saw Doctors with whom he has been associated since their inception in Tuam, and by Christy Moore who has had quite a hit lately with his recording of “The Tuam Beat”.

Padraig has recorded and performed with The Waterboys, Dé Danann, The Stunning, Blaze X, and The Problems, but is best known for his work with The Saw Doctors with whom he has recorded and toured extensively. He is also co-writer of some of their hit songs including “I Useta Lover”, “Still the only One” and “That’s What She Said Last Night”.

Since he began performing live in 2017 with Leo Moran on guitar, Padraig Stevens has found a new outlet for his songs and storytelling.

Padraig and Leo wrote and released an album of songs celebrating Gaelic Football in 1998 when Galway won the All-Ireland.
They called themselves The Folk Footballers for this project and the album is called The First Fifteen.

Padraig and Leo will play two sets at the Black Gate on March 29th. One of the sets will see the lads will revive some of the Folk Footballers songs. A fantastic evening of music and storytelling awaits. Tickets are €15 and available above.