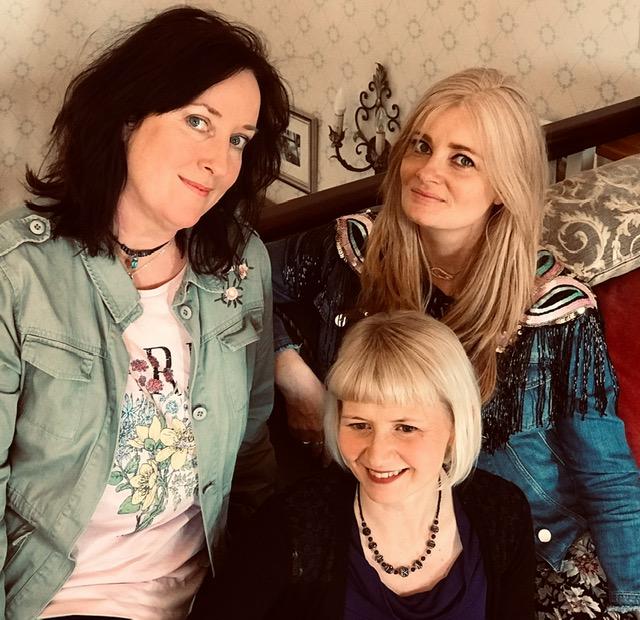 Together, they have created a unique and pure sound, combining sensitive vocals, gifted songwriting and highly accomplished musicianship.

There is an unmistakable chemistry between the three, weaving in and out of harmonies, hitting the audience hard with unguarded lyrics, while using tender and rhythmic strings to connect deeply with the listener.

Having met on Inis Oirr, on the west coast of Ireland, their mutual love of melody and words was quickly realised, and they took the natural step to blend their considerable musical experiences : Yvonne (vocals/banjolele) sings and tours with world renowned ‘The Chieftains’, and is a member of The Grey Willows, Ruth (vocals, guitar, ukulele) toured and recorded with esteemed singer Dolores Keane, was a member of The Molly Hicks, and has released three solo cds, and Juliana (fiddle, vocals) is a stalwort of the Americana musical scene in Ireland, whose session work and many recordings shows the demand for her talent, while playing with The Rocky River Bluegrass Show, the Grey Willows and The Invisible Jug band.

‘The Raines’ shine when they create music together, losing themselves in a magical silvery world with every song, every note, every breath, a world in which the listener feels deeply connected with their rare and beautiful sound.

“..The Raines put me in mind of something from Bob Dylan’s Rolling Thunder Revue from 1975 – particularly with the parts with Scarlet Rivera on violin opposite Bob – meets an edgy Emmylou Harris…” Barry Egan (Sunday Independent)