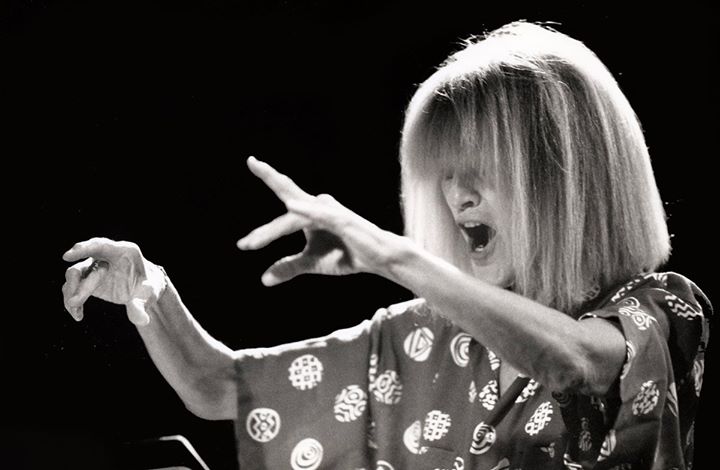 Curated by Aengus Hackett Music, the #JAZZGate Series pays tribute to the greatest jazz artists and composers of all time,
as well as featuring local and visiting musicians – the absolute cream of the Irish Jazz scene.

” Carla Bley (born Lovella May Borg, May 11, 1938) is an American jazz composer, pianist, organist and bandleader. An important figure in the free jazz movement of the 1960s, she is perhaps best known for her jazz opera Escalator over the Hill (released as a triple LP set), as well as a book of compositions that have been performed by many other artists, including Gary Burton, Jimmy Giuffre, George Russell, Art Farmer, John Scofield and her ex-husband Paul Bley.

In 1964 she was involved in organising the Jazz Composers Guild, which brought together the most innovative musicians in New York at the time.
Bley has collaborated with a number of other artists, including Jack Bruce, Robert Wyatt and Nick Mason, drummer for the rock group Pink Floyd.

Carla Bley was awarded a Guggenheim Fellowship in 1972 for music composition. In 2009, she was awarded the German Jazz Trophy “A Life for Jazz”. Bley received the NEA Jazz Masters Award in 2015. ”

Born in Yokohama, Japan, Izumi Kimura has been playing the piano since she was little and the whole time she spent in Japan, which was up to 1995. As soon as she graduated from Toho University of Music in Tokyo Izumi moved to Ireland.

“Natural kind of musicianship that never strives too much”

“Meditative, subtly provocative, impressionistic and consistently alluring” All About Jazz

Doors for the JAZZGate series are at 9pm unless otherwise advertised, and music starts soon after.

Tickets €10, both at the link and on the door
http://buytickets.at/theblackgateculturalcentre/317347